GlakoLens is a medical devices company developing innovative biosensors based on proprietary technology, first of which is a non-invasive continuous intra-ocular pressure (IOP) monitoring device. The company’s strategy is to focus on introducing a single, state-of-the-art product at a time.

As a technological spin-off from Boğaziçi University, GlakoLens was founded in 2017 by three distinguished researchers conducting research on biosensors, integrated circuits, MEMS and electro-optical systems. They have been working together for more than a decade and have successfully completed several international collaborative R&D projects.

The founders of GlakoLens have received various prestigious awards regarding their research. Among these awards, TÜBİTAK nationwide research encouragement award (Günhan Dündar), Turkish Academy of Sciences research award (Arda D. Yalçınkaya), and Young Scientist Award by the Science Academy in Turkey and Innovator under 35 Award from MIT Tech Review (Hamdi Torun) are the most prestigious ones to be mentioned. Together, for their work on biosensors, they have received the Technology award from the Elginkan Foundation. 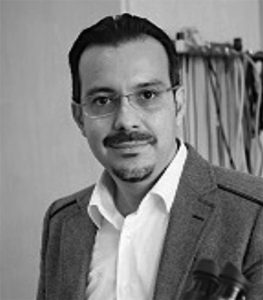 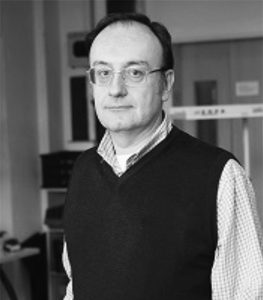 Dr. Dündar joined Bogazici University, Istanbul, Turkey in 1994. He works at the Department of Electrical and Electronic Engineering at the same university. His research interests are in the design of integrated circuits and methodologies for integrated circuit design. Besides Bogazici University, he has held visiting positions at EPFL and Technical University of Munich as well as various institutions in Turkey. He received his BS and MS degrees from Bogazici University, Istanbul, Turkey in 1989 and 1991, respectively, and his PhD degree from the Rensselaer Polytechnic Institute, Troy, NY, USA in 1993, all in electrical engineering. He received the Technology Award from Elginkan Foundation, Turkey in 2016, Research Encouragement Award from the Turkish Council of Science and Technology, Turkey in 2009, various research awards from Bogazici University and best paper awards in several conferences. He has advised more than 70 MS students and 18 PhD students as well as having published more than 200 papers in international journals and conferences. He has designed or contributed to the design of more than 20 chips and numerous electronic systems. 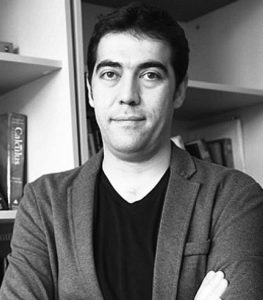 Dr. Torun joined the University of Northumbria at Newcastle in 2017. He works at the Faculty of Engineering and Environment and is affiliated with the Future Engineering. His research interest is in engineering at micro- and nano-scales. Previously, he was an academic at the Department of Electrical and Electronics Engineering and affiliated with the Center for Life Sciences and Technologies at Bogazici University, Istanbul, Turkey. He received his B.S. degree from Middle East Technical University, Ankara, Turkey, in 2003, his M.S. degree from Koc University, Istanbul, Turkey, in 2005, and his Ph.D. degree from the Georgia Institute of Technology, Atlanta, USA in 2009, all in electrical engineering. He was a postdoctoral fellow in the Department of Mechanical Engineering, Georgia Institute of Technology during 2009-2010. He received Technology Award from Elginkan Foundation, Turkey in 2015, Young Scientist Award from The Science Academy, Turkey in 2016, Innovator Under 35 Award from MIT Tech Review in 2014, and Marie Curie Fellowship (MC-IRG Grant) in 2011. 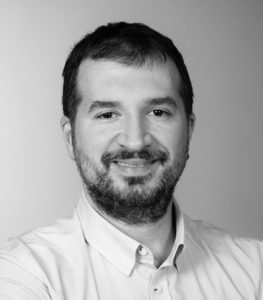 Özgür is a biomedical engineer who has contributed to over 10 R&D projects in various roles (project manager, researcher, design engineer, and author). His experience in the areas of project management, electronics engineering and biomedical engineering combined with his background (family of medical doctors) makes him the ideal person to lead a team of excellent engineers working in an interdisciplinary field. He previously worked as a research assistant at Koç University, Erasmus MC, and Boğaziçi University. Özgür Kaya acquired his BSc degree in Electrical & Electronics Engineering at Koç University and MSc degree in Biomedical Engineering at TU Delft. He is about to complete his PhD in the Institute of Biomedical Engineering at Boğaziçi University. Özgür Kaya holds certificates for applied entrepreneurship, project management, laboratory animal experimentation and good clinical practices. He is also an occupational health and safety specialist (class C). 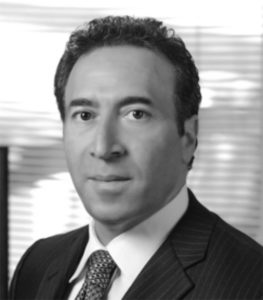 Dr. Mentak is a serial entrepreneur and inventor. He has founded and led several successful medical device companies including, Advanced Vision Science, Inc., Key Medical Technologies, Inc., and Adoptics Ltd. He is the inventor of the enVista®, Eternity®, and Eternity Natural® implants sold by B&L and Santen Ltd. Dr. Mentak is the co-founder of the Catalyst Technology Innovation Group, a medical project generator in the San Francisco Bay Area. Dr. Mentak has a PhD in Materials Science and Bioengineering from the University of Florida and holds 30 US and international patents. 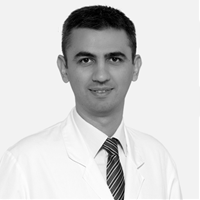 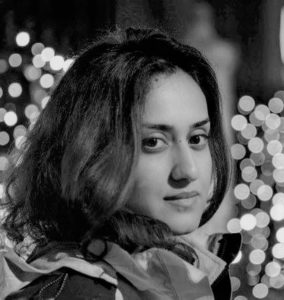 Ayda Mamaghani is a Ph.D. candidate at the Department of Electrical and Electronics Engineering at Boğaziçi University, Istanbul, Turkey. She received her B.S. degree from Azad University of Tabriz, Tabriz, Iran, in 2007, her M.S. degree from Boğaziçi University, Istanbul, Turkey, in 2012, all in electrical engineering. Her studies focus on the improvement of metamaterials for biosensing and bioelectronics applications.  She is currently working as a research engineer at GlakoLens to develop metamaterial-based passive biosensors for non-invasive continuous intraocular pressure (IOP) monitoring. 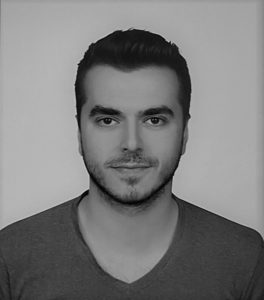 Oğuz received his BSc degree in Electrical and Electronics Engineering from Istanbul Bilgi University. Later on, he carried on his graduate studies at Boğaziçi University on optical biomedical sensors. His background works contain biosensors, biomedical optics, and MEMS manufacturing in the cleanroom. He is working in GlakoLens as an R&D Engineer, responsible for the design and development of the contact lenses. He is currently working towards his Ph.D. degree at Boğaziçi University, focusing on the design, characterization, and fabrication of metamaterial-based sensors for biosensing applications. 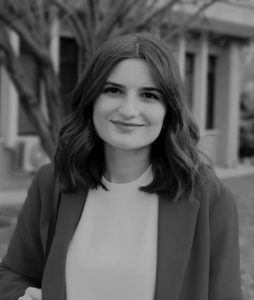 Cansu received her BSc degree in Industrial Engineering from Bilkent University, Turkey. She is working in GlakoLens as Assistant Quality Manager, responsible of implementation of quality management system for medical devices and project scheduling and budgeting. She is currently working towards her MSc degree at Boğaziçi University, Industrial Engineering department. 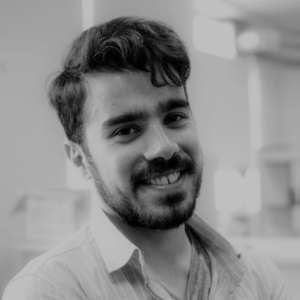 Morteza recieved his Bachelor’s degree in Biomedical Engineering from University of Isfahan. Later he joined Bogazici University, Institute of Biomedical Enineering for his graduate studies at 2016. He is currently a PhD candidate in the Institute of Biomedical Engineering. He has a research background in Cardiovascular Biomechanics, Tissue Engineering, Smart materials for actuator design. He worked as the cleanroom intern for over a year in Bogazici University’s center for LifeSciences. He is currently working on microelectromechanical systems (MEMS). 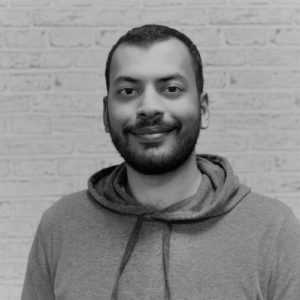 Ulaş received his bachelor’s degree in Software Engineering from Yaşar University, İzmir. He worked on several projects involving customized ERP systems as a freelancer software engineer during his undergraduate studies. He is currently working on the development of R&D tools and software related solutions at GlakoLens.

Erhan graduated from the State University of New York at Buffalo with a degree in mechanical engineering. He worked at GE’s power generation division after which he got an MBA and MS degree in Finance from the University of Maryland College Park. Erhan worked as a trader and fund manager in Hong Kong, New York, Moscow and London for almost 20 years. He co-founded ACT Venture Partners, an early stage technology fund. His current portfolio includes companies focused on IoT, Medical-tech, Telecom, Cyber security, Enterprise software and Marketing technologies. Erhan is a Chartered Financial Analyst. 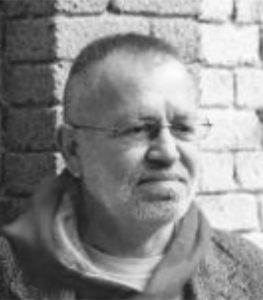 Murat Akman worked as an executive in the Information Technology sector at various multinational and national companies around the globe (in the USA, Turkey and the People’s Republic of China). He was a managing director in six successful start-ups and joint ventures (Digital Equipment Corporation – Turkey, KOÇ-Systems Connect Group, Superonline, Beijing RAM, QAD/Turkey). In 2009, he returned to his alma mater to set up and jump-start Technology Transfer and Commercialization Department. Murat Akman received his BSc (1982) and MSc (1985) degrees from Boğaziçi University.